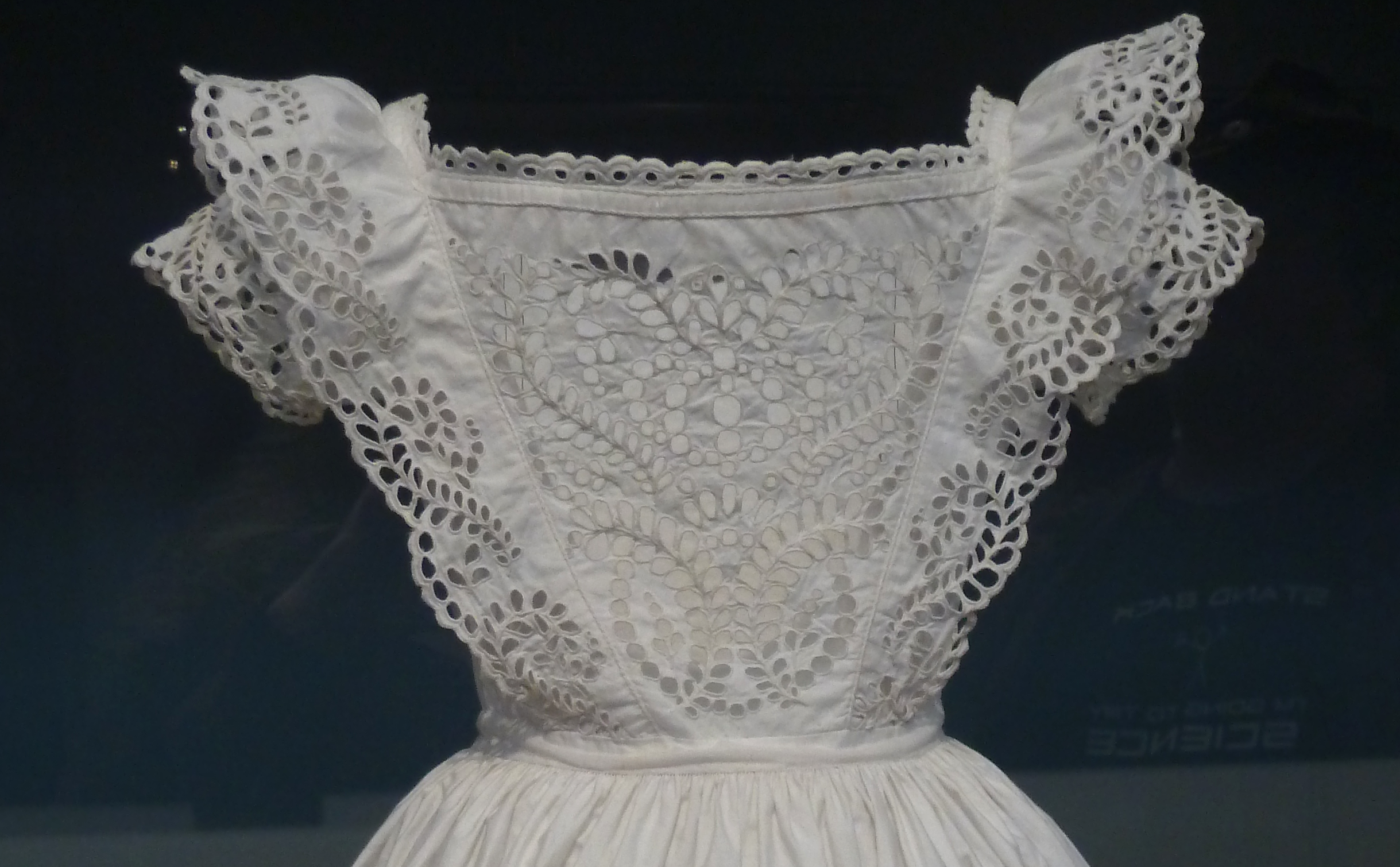 Broderie anglaise is a whitework needlework technique combining features of embroidery, cutwork and needle lace that became associated with England, due to its popularity there in the 19th century.

Broderie anglaise is characterized by patterns composed of round or oval holes, called eyelets, which are cut out of the fabric, then bound with overcast or buttonhole stitches. The patterns, often depicting flowers, leaves, vines, or stems, are further delineated by simple embroidery stitches made on the surrounding material. Later broderie anglaise also featured small patterns worked in satin stitch.

The technique originated in 16th century eastern Europe—probably in what is now the Czech Republic—but remains associated with England because of its popularity there during the 19th century. In the Victorian era, broderie anglaise typically had open areas in many sizes. Transfers were used first to lay out the design on the material. In some cases, the holes were punched out with an embroidery stiletto before finishing the edge; in other cases, the fabric was embroidered first, and the hole was cut afterwards, with scissors. Beginning in the 1870s, the designs and techniques of broderie anglaise could be copied by the Swiss hand-embroidery machine. Today, most broderie anglaise is created by machine.