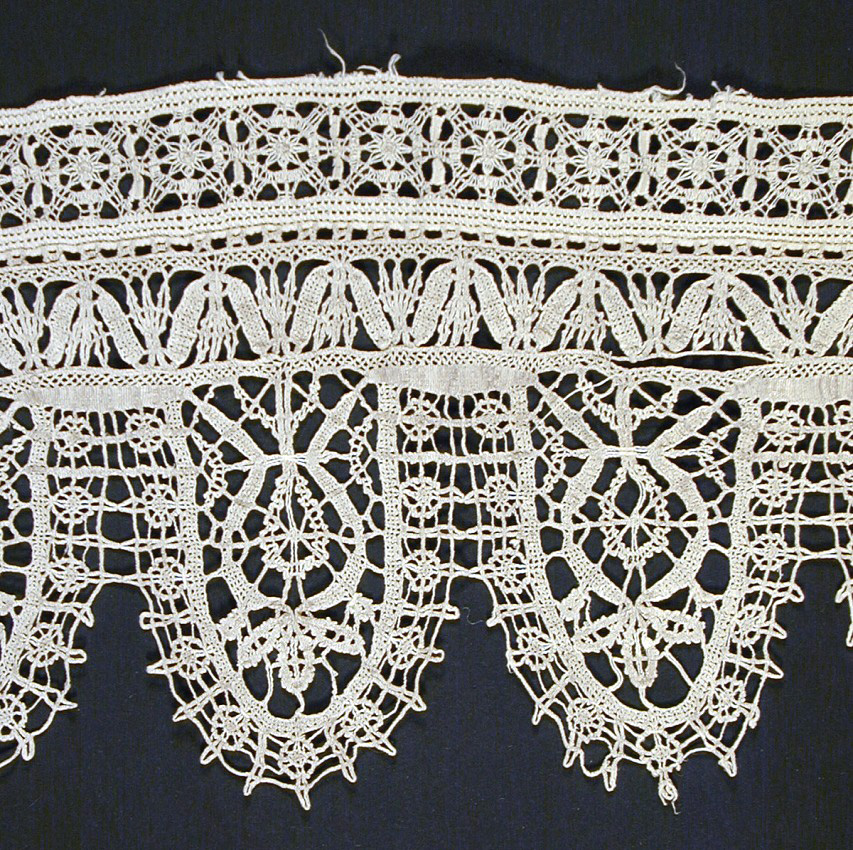 Bobbin lace is a lacemaking technique made by braiding and twisting lengths of thread wound on bobbins. As the work progresses, the weaving is held in place with pins set in a lace pillow. A pattern or pricking pinned on the pillow determines the placement of the pins.

Bobbin lace is one of the two major categories of handmade laces, the other being needlelace, derived from earlier cutwork and reticella.

Bobbin lace may be made with coarse or fine threads. Traditionally it was made with linen, silk, wool, or, later, cotton threads, or with precious metals. Today it is made with a variety of natural and synthetic fibres and with wire and other filaments.

The major tools to make bobbin lace are a pillow, bobbins, pins and prickings. The part laces also require a crochet hook, very fine types of lace require very fine hooks. There are different types of pillows and bobbins linked to areas, eras and type of lace.

Still new types of lace are being developed such as the 3D Rosalibre and a colored version of Milanese lace by borrowing rolls from Duchesse lace to store various shades and colors. Other artists are giving grounds a major role by distorting and varying stitches, pin distances and thread sizes or colours. The variations are explored by experimentation and mathematics and algorithms. The lace maintaining its shape without stiffening is no longer a requirement. Inspiring journals, guilds and foundations show that old techniques with a new twist can challenge young people to create works that can definitely classify as art. A Dutch design graduate in 2006 discovered bobbin lace was a technique to make a fancy fence. The first fences became museum pieces. The fences are now produced in Bangalore by concrete rebar plaiters.

Bobbin lace evolved from passementerie or braid-making in 16th-century Italy. Genoa was famous for its braids, hence it is not surprising to find bobbin lace developed in the city. It traveled along with the Spanish troops through Europe. Coarse passements of gold and silver-wrapped threads or colored silks gradually became finer, and later bleached linen yarn was used to make both braids and edgings.

The making of bobbin lace was easier to learn than the elaborate cutwork of the 16th century, and the tools and materials for making linen bobbin lace were inexpensive. There was a ready market for bobbin lace of all qualities, and women throughout Europe soon took up the craft which earned a better income than spinning, sewing, weaving or other home-based textile arts. Bobbin lace-making was established in charity schools, almshouses, and convents.

In the 17th century, the textile centers of Flanders and Normandy eclipsed Italy as the premiere sources for fine bobbin lace, but until the coming of mechanization hand-lacemaking continued to be practiced throughout Europe, suffering only in those periods of simplicity when lace itself fell out of fashion.

This article uses material from the Wikipedia article “Bobbin Lace“, which is released under the Creative Commons Attribution-Share-Alike License 3.0. 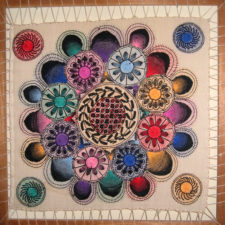